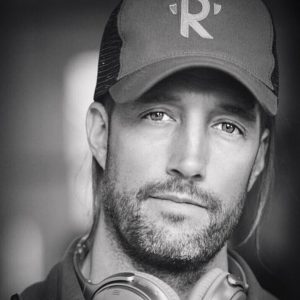 Based in South of France, Nicolas Barelier is a floral designer who learned most of his knowledge from the school of life, with a talent and passion passed down from generation to generation. Nicolas started his carrier with manual works who leads him to work alongside his two brothers and sister in the family affair.

The story started in 1887 with Constantin Barelier, the great-grandfather. As a rose gardener he was granted the title of “Meilleur Ouvrier de France”. This distinction award sealed the fate of the family.

The siblings are complementary, they together developed the business by opening boutiques in Antibes, Cannes, Courchevel and Monaco and they also created the company event part. They all have an important role and always work in a family spirit with complicity.

For Nicolas, to be the general floral designer was natural as he has always been really creative and talented to draw. He is capable to design incredible and unexpected décor for weddings and events, always creating a stunning effect.

Roni has now a great place in the floral design world in South of France, working for wealthy families and personalities. Also growing up worldwide, they spread the scents of flowers with their French savoir- faire through different countries: England, Italy, Spain, Germany and several countries in Africa.

For Nicolas the most important is that each event has its own personality with elegance and originality. Flowers are ephemeral but unique, so for him each event has to be unique to stay unforgettable.