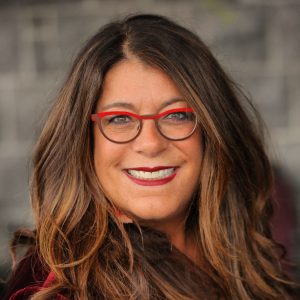 Robin Selden is the Managing Partner & Executive Chef of Marcia Selden Catering. They are the” it” caterer of Connecticut, celebrating their 40th year orchestrating premier parties and weddings throughout the tri-state area. Selden was named one of the 100 Most Inspiring People in the Wedding industry by The Knot. She is the immediate past President of the International Caterers Association and won their 2016 Chef of the Year award. She was named one of the Innovative Chefs at the Greenwich Wine & Food Festival and was the only catering chef and the only woman featured. For the past 3 years she has taken on the role of Ambassador chef at the festival where she judges the annual burger battle and is the guest editor of the VIP greenroom. Comfortable on stage, Selden was invited to emcee the Art of Catering Food at Catersource this February where she also guest judged the cooking and cocktail competitions. Robin spearheads the company’s Marketing and Public Relations platform and is featured monthly on several food blogs as well as countless magazines. She sits on three non-for profit boards including The American Cancer Society and on the Advisory Board of two National Magazines and one International Web based Software Company. Her passion for giving back has led her, and brother Jeffrey, to teach a Catering Class at Cornell University’s School of Hospitality for the last 4 years as well as a Special Events class at the Boston University School of Hospitality. She currently resides in Stamford, Ct. with her husband Michael, twins Max & Maggie and her Golden Doodle “canine kids” Ozzie & Bo.