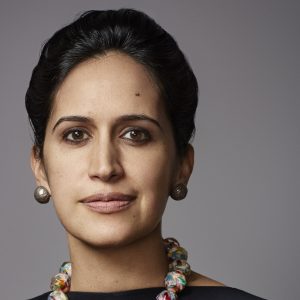 Priya Parker’s bold approach to gatherings redefines the ways people connect, learn, and develop relationships. The founder of boutique advisory firm Thrive Labs, she helps activists, elected officials, corporate executives, educators, and philanthropists create transformative, unforgettable gatherings that allow them to step back from their daily routine, rediscover their motivations, and develop strategies for innovation.
In The Art of Gathering, Parker combines fascinating case studies culled from an international cast of characters with practices to follow—and rules to break— to connect more meaningfully with friends, colleagues, and strangers. She includes examples from her attempts to create connections, illustrating which tactics worked and which ones failed. Included among her success stories are “#IamHere Days,” self-organized adventures in which a group of people unplugs and explores a neighborhood, and “15 Toasts,” dinner parties where each guest has to toast to a common theme (the twist: the last one has to sing their toast). Parker’s interactive talks are both a demonstration of the techniques described in her books and a guide on how to implement her strategies.
Parker has helped numerous clients develop better gatherings, including the Museum of Modern Art, LVMH, the World Economic Forum, meetup.com, and Civitas Public Affairs. Trained in conflict resolution, she has worked on peace processes in the Arab world, Southern Africa, and India, and is a founding member of the Sustained Dialogue Campus Network, where she worked on race relations on American college campuses. She has been appointed as a member of the World Economic Forum Global Agenda Council on Values and the New Models of Leadership Council, and is also a senior expert at Mobius Executive Leadership. Her TEDx talk on purpose has been viewed over one million times. Parker studied organizational design at M.I.T., public policy at the Harvard Kennedy School, and political and social thought at the University of Virginia. She lives in Brooklyn, New York with her husband, Anand Giridharadas, and their two children.