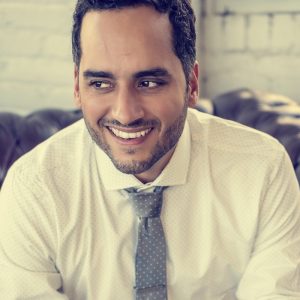 José Rolón is the owner/founder of José Rolón Events, planning and designing upscale weddings throughout New York City. José Rolón Events has been featured in many major publications: New York Weddings, BRIDES, Sophisticated Weddings Magazine, The Knot, and Essence to name a few.

As the host of his own wedding video series, The Wedding Buzz, José’s got his finger on the pulse on what’s what and the who’s who in the industry.  He has a knack for getting his guests to answer just about anything. This series has grown in popularity as he doesn’t take himself too seriously and always includes bloopers and outtakes which have quickly become a viewer favorite.  Past guests include Marcy Blum, Ron Ben-Israel, Pinch Food Design, David Beahm, The Stylish Bride, and Shay of Say Yes To The Dress.   José is currently in the middle of season two where he will sit down with Bryan Rafanelli, Hayley Paige, Troy Williams, and more.  This series and his ability to showcase many behind-the-scenes of his weddings, he continues to be two steps ahead of the game in a social media-driven world – a must in the wedding industry.

If that wasn’t enough, In addition to being an entrepreneur, José continues to be a voice and advocate for gay dads through various media outlets. As a single gay father of three, José has received attention by NBC News, Huffington Post, Gays with Kids, Gay Star News, and PEOPLE labeled him as one of the fathers they admired!