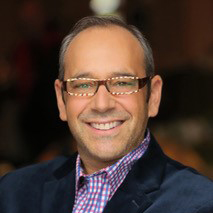 Jeffrey Selden leverages his 28-year long party history in his role as Managing Partner of Marcia Selden Catering. With an extensive background in luxury event planning, honed at some of the country’s most exclusive hotels, including The St. Regis, The Pierre and The New York Palace, he holds an industry-wide reputation as a power event-builder with a unique, creative vision and flawless results. Selden currently runs the operations and sales for his family’s multimillion-dollar company. The first catering company ever inducted into the Restaurant Association’s Hall of Fame, Marcia Selden Catering was also named to The Knot Weddings Hall of Fame, and Best Caterer & Best of the Gold Coast by Moffly Media. Along with his sister, Robin, the “Dynamic Sibling Duo” were named two of the “100 Most Inspiring People” in the Wedding industry by The Knot.
With matriarch Marcia at the helm, the company orchestrates over 850 events a year. Winner of the coveted Internationally recognized Catie Award for Caterer of the Year, Marcia Selden Catering has been considered the “It” caterer of Connecticut for over 40 years. They also have offices in New York City.
Jeffrey is the founding President of the NYC Chapter of the Wedding Industry Professionals Association (WIPA), and sits on the board of many non-profit organizations. Known for his colorful collection of eyeglasses, a passion that began when he was a personal butler for Elton John, he resides in Weston, Connecticut with his wife Debbie, their two teenage sons, and Havanese dogs, Taco and Bella.