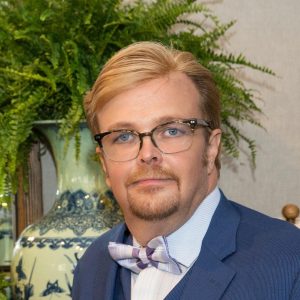 Walking into an Ed Libby designed event; whether it be a lush wedding, an engagement reception, or a lavishly outrageous and personalized party for Kelsey Grammer or Carmelo Anthony, one is at first struck by the originality, color, grandeur, scale, and magnificence of his created interiors. Libby’s “signatures” include huge floral & crystal chandeliers dripping from the ceiling, majestic columns & fountains bearing candles & profusely surrounded by floral bouquets.

Full environmental experience and close attention to details are hallmarks of a Libby Event. The ever so subtle fragrance that wafts now and then, the texture of each seating design; velvets, silks, tablecloths decorated with hand sewn paillettes or feathers, silverware wrapped to look like art, media

screens further presenting themed images and the statues, guests slowly realize, are models, painted, bejeweled and costumed. “Every event should be a feast for the senses. I live for each detail – it must be just so. Each aspect of the design is personally governed by me” says event designer extraordinaire, Ed Libby. “Straight off next seasons fashion runway, couture approach to atmospheric event design,” and that it is.

Libby began his career in a small workspace in his home over two decades ago. He built his business on flowers, which remain an essential element of design. He has traveled extensively to Europe and Asia and these influences are evident in his creations. It did not take long until his business grew into what is now Ed Libby & Company Events. His company is the first design studio to blend art with live entertainers in order to create dramatic new dimension in event production.

Ed Libby & Company Events was chosen as event designer for the innovated “Wall Street Concert Series” hosted by Cipriani featuring such artists as Rod Stewart, Alicia Keys, Cheryl Crow, Lionel Richie, Marc Anthony, Mary J. Blige, Fergie, Kanye West, and Beyonce. He has designed a number of installations for the annual Macy’s Flower Show at their flagship store in Herald Square and had the privilege of opening the Flower Show on The Today Show acting as judge in a floral arranging competition between the hosts of the show. Most recently he partnered with Jessica Alba’s Honest Co. to design and create the NYC Editors Showcase for their Summer 2016 product line.