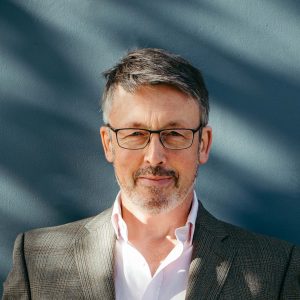 Born in Northern Ireland, Shane has had a lifelong interest in horticulture. After meeting the great British floral designer Michael Goulding OBE, his passion turned specifically to the art of flower design. Under Michael’s direction Shane trained at the famous London establishment of Pulbrook & Gould, and he started his own business in 1989.
Shane has always had an organic approach to his designs, where flowers are used primarily for their own intrinsic qualities. And designs aim to flatter those idiosyncrasies. This quirky, unpretentious style has been heralded for its elegance and originality. He is a passionate advocate of British grown, seasonal flowers.
Shane’s international work has taken him all over Europe and as far afield as USA, South Africa and India. Back in the UK, he has decorated some the country’s most prestigious venues for an eclectic range of private and corporate clients. Alongside illustrious companies and individuals, Shane also counts London’s Victoria & Albert Museum and the Royal Academy of Arts as two of his most valued clients, and he thoroughly enjoys the challenge of designing events around the ever changing and varied exhibitions in both venues.
In 2005, he was honoured and delighted to be asked by HRH the Duchess of Cornwall to design her bouquet and all other flowers for her marriage to HRH Prince of Wales and the service of dedication in Windsor Castle. In recognition of this, he was awarded a Royal Warrant of Appointment
to HRH The Prince of Wales in 2006. In 2011 Shane was appointed Artistic Director for the wedding of TRH’s The Duke and Duchess of Cambridge. And was awarded a second Royal Warrant of Appointment, to HM The Queen in 2015. Shane’s client list has been described by Harpers & Queen magazine as “enviable” and his discretion is legendary.