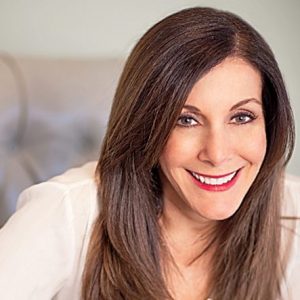 Based in Beverly Hills, Mindy Weiss is a full-service event planner, author, product innovator and spokesperson. Mindy began her career in party planning more than twenty years ago by creating custom invitations for social events. Her clients recognized her creativity and at their urging, she officially opened Mindy Weiss Party Consultants in 1992. She has since planned celebrations all over the world, authored three best-selling books – The Wedding Book, The Wedding Planner and Organizer and The Baby Keepsake Book and Planner – designed a highly successful line of wedding stationery with Wedding Paper Divas and launched a jewelry line designed for the modern bride.

Today, Mindy and her amazing team are innovators and trendsetters best known for their creative ideas, unexpected décor accents and exquisite attention to every last detail. Mindy’s bubbly personality and calm demeanor help her clients relax as she creates one-of-a-kind parties for them, whether they’re for two or two thousand.  A Mindy Weiss event is always personalized and unforgettable.

In her spare time, Mindy enjoys spending time with her family, shopping at flea markets (every Sunday, rain or shine!), and reading design magazines for new ideas and inspiration. She also donates her time to the Children’s Hospital of Los Angeles, a place close to Mindy’s heart.