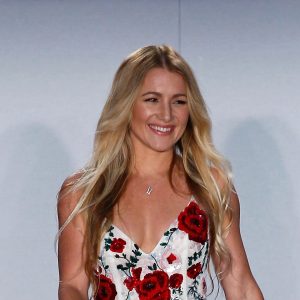 HAYLEY PAIGE BIO – As the head designer for Hayley Paige, Blush by Hayley Paige, Hayley Paige Occasions, La Petite Hayley Paige and Hayley Paige Red Carpet at JLM Couture, she has received global recognition for her collections. Her red carpet pieces have been worn by noteworthy musicians, influencers, and trend-setters, and her wedding gowns can be seen in elite bridal publications such as Brides, The Knot and Martha Stewart Weddings, as well as television programs like The Today Show, Good Morning America, E! News and Say Yes to the Dress. Hayley’s personalized approach to social media has built an engagement of more than 833K followers on Instagram. In February 2017, she illustrated and developed the first wedding-based emoji app of its kind, Holy Matrimoji available for free download on the App Store. In 2018, Hayley launched and starred in a digital series, HAYLEY EVER AFTER on Facebook Watch, and a linear broadcast series on TLC, HAYLEY EVER AFTER: THE DRESS, which can also be viewed on the TLC Go app. Her latest endeavor is a licensing and brand ambassadorship agreement with fine jewelry brand, Hearts On Fire, which includes a bridal collection of engagement rings and wedding bands.