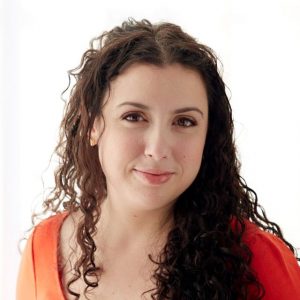 Shira Savada is the Real Weddings Editor of Martha Stewart Weddings, and has been working with real couples and talent within the industry for more than eight years. Always on the hunt for great weddings and celebrations to feature in the magazine and online, she pours over all the submissions one-by-one. Shira works closely with all departments of the magazine and digital platforms, often pitching new ideas or writing stories featured in both areas.

With a reach of over 5.5 million readers per issue, Shira loves knowing that MSW connects with and inspires so many people. And with the expansion of social media channels it’s been fun for her to see readers respond (even in different languages) and share the content themselves.

This seasoned bridesmaid is a sucker for a great first dance song, anything calligraphed, classic photographs, family heirlooms, and a well-made cocktail. Her love of all things bridal began in elementary school, when she dressed up as a bride for Halloween in a “gown” made by her mother. Shira’s obsessed with anything purple, her favorite flower is the ranunculus, and her cat has her own hashtag (#mycatviolet).