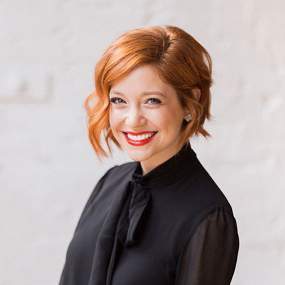 If you were a fan of HGTV’s hit series, FreeStyle, MTV’s Dorm Decorator, or have enjoyed watching red carpet media interviews on tv, you may already be familiar with Tracy Taylor Ward and her work as a designer and television host. Working on and off-camera in the home design industry for eight years, Tracy planned her own 2010 nuptials and realized that her love of transforming spaces had grown beyond interiors and into the world of events and Tracy Taylor Ward Design.

Over the past five years Tracy’s event design and planning work has garnered national attention being published in Vogue, The New York Times, Town and Country, and in every major bridal magazine in the United States. Tracy Taylor Ward Design was also just named one of the Top Wedding Planners in the United States by Martha Stewart Weddings.

From weddings to celebrations of all kinds, TTWD provides planning, design, production and graphics all in-house and is known for its fresh and sophisticated approach to producing elegantly designed, meticulously planned and unforgettably fun parties.