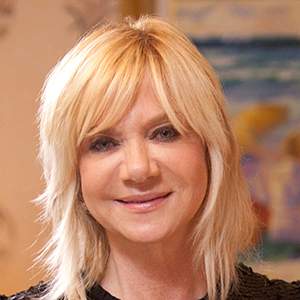 Sharon Sacks, an internationally sought after event planner and lifestyle guru, understands the importance of life’s precious moments. As President and Founder of the Los Angeles-based event production company, Sacks Productions, Sharon dedicates herself to making each and every event “its own piece of art” and has applied this unique perspective to create memories for hundreds of clients worldwide.It is with a keen eye and a sharp sensibility that Sacks directs, orchestrates, conducts, coordinates and choreographs extraordinary events for some of the world’s most elite clients.

From intimate gatherings to spectacular celebrations and with canvases ranging from the velvet-roped glamour of Beverly Hills to the fanatical fervor of World Cup Soccer in Paris, Japan and Germany, no stage is ever too far or too grand for Sacks and her talented team. She has traveled the globe, gracefully coordinating large-scale events from The Entertainment Industry Foundation’s Revlon Run/Walk for Women in L.A.’s Memorial Coliseum that plays host to 60,000 participants each year, to smaller celebrations including celebrity weddings and private parties.

The brilliance of Sharon’s designs lies in her ability to consistently incorporate her client’s individual style, while still maintaining her commitment to perfection and elegant glamour. Sharon and her production company are also dedicated supporters of the “green” movement, and, consequently, all her projects reflect an eco-friendly attitude. For each preparation and detail, she emphasizes an important concern for the environment: many of the materials she utilizes are conservational, from recycled paper invitations, biodegradable water bottles, to even the use of Hybrid cars for transportation.

As Sharon’s reputation, business and acclaim have grown, she has become a sought-after guest television personality. Sharon not only predicts current trends, but also sets the stage for them. Frequently appearing on shows including Entertainment Tonight, The Insider, EXTRA, TV Guide, Access Hollywood, and E! TV, Sharon has since become a spokesperson representing luxury products as well.

A true visionary, Sacks’ designs for living have become the benchmarks of a growing industry. With creative panache and exceptional brilliance, Sacks has molded her craft into a true art form. It is this approach that has led publications such as Bazaar and The New York Times to recognize Sharon Sacks as “among the top individual consultants,” earning her a leading position among national and international event planners.