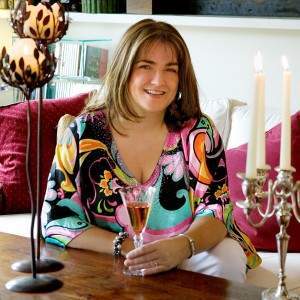 Sarah Haywood is internationally acknowledged as one of the world’s premier wedding planners and designers; sought by celebrities, leading public figures, and international royalty. She is the UK’s top-selling bridal author; was established as the go-to international commentator for the wedding of Prince William and Kate Middleton; has lectured in the across Europe, the Middle East, South Africa, the USA, and Mexico on the art of her business; and she has recently been appointed a member of Catalyst UK, working with the Government’s UKTI to promote UK excellence internationally.

Cited as “the ultimate insider” by The Sunday Times, “Britain’s most sought-after wedding planner and an authority on multimillion-dollar weddings” by TIME magazine, “one of the most highly-rated celebrity wedding planners in the world” by Paris Match, she has appeared on every continent on major television networks, including: with Piers Morgan on CNN, BBC, NBC, ABC, CBS, Channel 9 Australia, and NHK Japan.

Sarah Haywood Wedding Design is a luxury wedding planning and design consultancy. Working alongside leading couturiers, top florists, venues, Michelin star chefs, cake bakers, award-winning stylists, make-up artists and photographers. In the past twelve months Sarah and her team have planned weddings from Azerbaijan to St Tropez for pop stars, princesses and for some of the word’s leading families.

Books
Consistently rated Britain’s top-selling bridal author since the publication of her first book in 2006, Sarah Haywood is the only British bridal author who also plans weddings. The much-awaited second international edition of Sarah’s original book, the Wedding Bible was published this year on Valentine’s Day. And the all-new, redesigned second edition of her Wedding Bible Planner (a customisable and practical wedding organizer) was published in 2013.

Wedding Planning Apps
The first wedding planner in the world to release smartphone apps in 2010, the current suite includes the ‘Bow Tie Tutor’ for iPhone and the Ultimate Wedding App for BlackBerry, Android and iPhone.

Media
Sarah is regularly quoted and featured in the UK and international press. Recent television and radio appearances include: CNN, ABC, BBC, NBC, AP, Sky News, ITV, Channel 5 News, BBC Radio 2, BBC Radio Five Live and Living. Internationally, Sarah has appeared on television and radio in Europe and the USA, Asia, India, Japan, Australasia and South America. Over summer 2014 she appeared as the ‘Wedding Doctor’ with live ‘wedding clinics’ on award-winning ITV1’s This Morning and she has been appearing at regular intervals on BBC Radio 2’s Steve Wright the Afternoon Show.