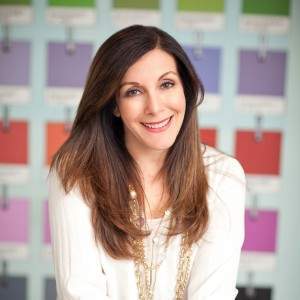 Mindy Weiss is one of the most sought after event planners and lifestyle experts in the United States. With a book, a product line, a stationery line, and many sponsorship deals, Mindy has creatively expanded her brand well beyond her successful event planning business.

Mindy also provides pro-bono party planning services for charitable organizations such as The Carousel of Hope Ball for Childhood Diabetes and The Race to Erase MS. In addition, Mindy has a very close connection with the Children’s Hospital of Los Angeles (CHLA) after Mindy experienced a cancer scare with one of her sons.
In addition to having a thriving core business as an event planner, Mindy has extended her brand to include wedding products and books . In January, 2009 Mindy and The Inviting Company announced their collaboration on The Mindy Weiss for Inviting Company (www.invitingco.com) a collection of paper products including imprintable invitations and stationery. Mindy’s book, THE WEDDING BOOK: The Big Book For Your Big Day (Workman, 2008), is a 400+ pages informational book on everything wedding. With a four year writing time, this book is truly a labor of love, and it’s the most definitive book on wedding planning ever written. All of the products and the book are sold nationally in retail and online stores and are also available on the e-commerce section of Mindy’s mindyweiss.com website.

Mindy has positioned herself as a much sought after lifestyle expert by some of the biggest brands and retailers in the country. Mindy has worked with brands such as Starbucks, Crest White Strips, Linens N Things, Fortunoff, Gallo Wines, David’s Bridal and Hypnotic Liquor.

Listed in The New York Times as one of the top five wedding planners in the United States, Modern Bride also voted Mindy one of its’ coveted ‘Top 25 Trendsetters’ in 2005. In addition, Mindy’s been voted first place for Citysearch.com “Best of” Wedding/Party Planner category