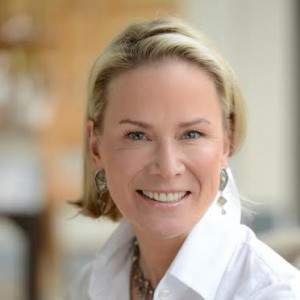 Following a television production career in New York City, Lynn Easton Andrews relocated to Charlottesville, Virginia where she began planning major corporate and social events. Shortly thereafter she founded Easton Events in 1998 and has since been touted as one of the nation’s leading event planners, including being named this year as one of “5 Star Wedding Planners You Need to Know About” by Vogue Magazine.

As Founder and Creative Director of Easton Events, Lynn directs all business operations and oversees all major events contracted by the firm. Lynn and her talented team at Easton have produced major social events and luxury weddings for an impressive client roster – working throughout the US, and in Mexico, Italy, France, and the UK. In addition, Easton has planned and executed many events for Fortune 500 corporations, which include Merrill Lynch, Citigroup, Smith Barney, American Express, DaimlerChrysler, and Abbot Laboratories.

Lynn’s expertise is in orchestrating “high-touch” events that require the maximum attention to detail. While Lynn’s event designs are always inspired by what’s in vogue, timeless classic design is at the foundation of her events. She is known for her heightened attention to texture and patina, and by layering details she creates a one – of – a kind experience her brides and their guests. She was named one of Vogue’s “five star wedding planners you need to know about.”
Leveraging her vast experience with events and hospitality, Lynn and her husband, Dean Andrews, have built an array of successful enterprises, including Pippin Hill Farm & Vineyards, a winery and event venue in Charlottesville named as one of Bride’s Magazine “50 Most Romantic Wedding Venues” in the US. Lynn and Dean also opened Zero George Street Hotel in March 2013, a contemporary boutique hotel in historic downtown Charleston. Zero George was named to the 2013 Travel + Leisure “It List,” a definitive list of the coolest new hotels around the globe. In 2014, together they launched a farm to table restaurant in Charlottesville, Red Pump Kitchen, and this fall doors will open for a new event space and restaurant in Charleston, Cannon Green.