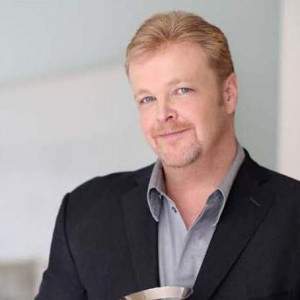 Walking into an Ed Libby designed event; whether it be a lush wedding, an engagement reception, or a lavishly outrageous and personalized party for Kelsey Grammer or Carmelo Anthony, one is at first struck by the originality, color, grandeur, scale and magnificence of his created interiors. Libby’s “signatures” include huge floral & crystal chandeliers dripping from the ceiling, majestic columns & fountains bearing candles & profusely surrounded with floral bouquets and, at some events, human statues created by BodyCastTM, an Ed Libby & Co. Corporation. Full environmental experience and close attention to details are hallmarks of a Libby Event. The ever so subtle fragrance that wafts now and then, the texture of each seating design; velvets, silks, tablecloths decorated with hand sewn paillettes or feathers, silverware wrapped to look like art, media screens further presenting themed images and the statues, guests slowly realize, are models, painted, bejeweled and costumed.

“Every event should be a feast for the senses. I live for each detail – it must be just so. Each aspect of the design is personally governed by me” says event designer extraordinaire, Ed Libby. “Straight off next seasons fashion runway, couture approach to atmospheric event design,” and that it is.

Libby began his career in a small workspace in his home over two decades ago. He built his business on flowers, which remain an essential element of design. He has traveled extensively to Europe and Asia and these influences are evident in his creations. It did not take long until his business grew into what is now Ed Libby & Co. His company is the first design studio to blend art with live entertainers in order to create dramatic new dimension in event production. Implementing gifted artists, talented actors, extravagantly costumed and innovatively body-painted models, BodyCastTM creates lavish, eye dazzling, living sets to stimulate even the most jaded guest. Ed Libby & Co. creates unforgettable events.

Ed Libby & Co. was chosen as event designer for the innovated “Wall Street Concert Series” hosted by Cipriani from 2005 to 2007 featuring such artists as Rod Stewart, Alicia Keys, Cheryl Crow, Lionel Richie, Marc Anthony, Mary J. Blige, Fergie, Kanye West and Beyonce Knowles. He designed not only the 75 full-dinner tables but also worked with these performers to create their artful stages. Libby was interviewed by NY Magazine Wedding Guide as “the event design expert” in “Ask The Expert” and was most recently featured as the “King of Design” in Grace Ormonde Wedding Style’s Fall 2011 Edition.

For years Ed Libby & Co. teamed up with wedding experts from Brides.com on Valentine’s Day each year to create a romantic-meets-glam décor once in a lifetime event. Twelve lucky couples from around the globe gathered at New York City’s legendary Empire State Building to tie the knot in high-wattage style.