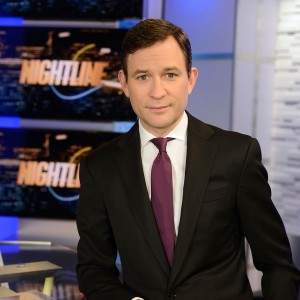 Dan Harris is co-anchor of both Nightline and the weekend editions of Good Morning America on ABC News. He is also the author of 10% Happier (It Books), a #1 New York Times bestselling book about a fidgety, skeptical news anchor who stumbles upon meditation. Covering a wide range of self-help topics, Harris is an excellent speaker for corporations, health and wellness organizations, and schools and universities.

In 10 % Happier, Harris tells his story as only a reporter can: through deep research, tough questions, and a healthy dose of humor. The book is part investigation and part immersive journalism: one man’s accidental quest to boost his happiness quotient without losing his professional drive. After learning about research that suggests meditation can do everything from lower your blood pressure to essentially rewire your brain, Harris took a deep dive into the underreported world of CEOs, scientists, and even marines who are now using it for increased calm, focus, and happiness. The book takes readers on a ride from the outer reaches of neuroscience to the inner sanctum of network news to the bizarre fringes of America’s spiritual scene, and leaves them with a takeaway that could actually change their lives.

Previously, Harris was the anchor of the Sunday edition of World News. He regularly contributes stories on ABC for such shows as 20/20, World News with Diane Sawyer, and GMA. Harris has reported from all over the planet, covering wars in Afghanistan, Israel/Palestine, and Iraq; and produced investigative reports in Haiti, Cambodia, and the Congo. He has also spent many years covering America’s faith scene, with a focus on evangelicals—who have treated him kindly despite the fact that he is openly agnostic.

Harris has been at ABC News for 13 years, receiving Murrow and Emmy awards for his reporting. Prior to joining ABC, he was in local news in Boston and Maine. Harris grew up outside of Boston and currently lives with his wife, Bianca, and son in New York City.