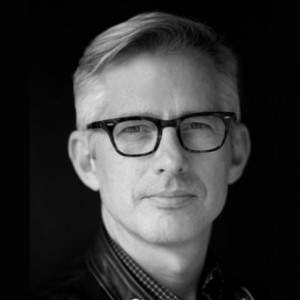 Bryan Rafanelli’s exquisite sense of style, attention to detail and ability to transform clients’ visions into unforgettable celebrations have made him a go-to planner for the nation’s most exclusive and high-profile events. He has produced it all, from elaborate fairytale-themed fundraising galas for Massachusetts General Hospital for Children to Chelsea Clinton’s “wedding of the decade.”

Rafanelli and his firm, Rafanelli Events, have a simple philosophy: every event is a unique creative challenge deserving of a one-of-a-kind approach. “My team listens to what you’re imagining and then comes back with an idea you never expected,” he says. “We hone in on every last detail so we can always deliver clients the highest level of service.”

Rafanelli has been named “Man of the Moment” by Town & Country, an “Innovator” and “Event Producer of the Year” by BizBash, one of OUT magazine’s “100 Most Compelling People”, a “Trendsetter of the Year” by Modern Bride, a “40 Under 40” by the Boston Business Journal and “Best in Boston” eight years running by Boston magazine. His events have been highlighted in: The New York Times, The Wall Street Journal, The Washington Post, People, New York, CBSNews.com, VanityFair.com, NewYorker.com and more.. Rafanelli has also appeared as an industry expert on regional and national television programs including: “The Martha Stewart Show”, ABC’s “Good Morning America”, NBC’s “The Today Show” and as a regular contributor on New England Cable News’ “Morning Show.”

Rafanelli grew up in a large Rhode Island family, his mother always finding reason to throw parties for the people she loved. “The sense of community and of bringing people together to have good time just for ‘good time’s sake’ has always been inside me,” he says. He launched Rafanelli Events in 1996 as a three-person operation executing only a handful of events a year. It has quickly evolved into a full-service event design, strategy, planning and production company with more than 100 events annually in venues around the world. Headquartered in Boston, Rafanelli Events also has offices in New York City, Washington, DC and Palm Beach.